Like it or not, you probably need to save the damn cat.

And, no, we’re not talking in a PETA sort of way (although that would be awesome, too.) If you’ve ever gotten coverage from us, there’s a good chance we may have mentioned Blake Snyder’s seminal work on screenplay structure “Save the Cat!” So you might already know that we’re big fans of his books and the STC! weekend seminars (and the software is pretty bad-ass too). That’s why we were thrilled to sit down and chat with Save the Cat’s Ben Frahm.

Ben is a screenwriter whose new film The Discreet Pleasures of Rejection is about to be released by Warner Brothers International. He’s also a screenwriting instructor at Syracuse Newhouse and teaches the NYC Save the Cat! workshops. Originally from the east coast, Ben migrated to Los Angeles to find his furry destiny awaited…

Jim Cirile (JC): Hi, Ben, thanks for your time. Tell us, how did you first become aware of Blake Snyder and Save the Cat!?

Ben Frahm (BF): I was working at a Barnes and Noble at the Westside Pavilion (in West Los Angeles) when somebody came in and ordered this cat book. I thought it was a pet book. Sure enough, it was Blake Snyder’s first copy of Save the Cat! I read this thing immediately. And Blake’s e-mail was in that first book, so I said, “Oh my gosh, maybe I’ll e-mail this guy and introduce myself.” He responded, and he said, “Listen, I’m giving my first talk about this book at The Writer’s Store on Westwood (Blvd. The store subsequently moved to Burbank and recently, sadly, shuttered.) Stop by and introduce yourself.” So I did that and immediately got to know the guy. He was really open and friendly. I said, “Listen, can I work for you? Can I read scripts? Learn about movies? Learn about what this stuff is?” Amazingly, he said yes, and that was the beginning for me. He was doing workshops at the time, and it was that same script that I wrote in undergrad at the film academy that I pitched in his workshop — his first workshop ever. I had a whole bunch of new ideas and I pitched this one called Dr. Sensitive. It was about a doctor who feels his patients’ pain. Blake said, “That’s the one. You should start working on that one again.”  Sure enough, I did.

JC:  So this was before Save the Cat! snowballed and became huge?

BF: Absolutely. He had just written this and had done screenwriting work before. He wasn’t known for this book. It was this little book that everyone was reading and it seemed quick and easy and user-friendly, and I think people were responding to that. It was literally the ground level of that phenomenon. It went on to affect me and my writing. That script Dr. Sensitive that I pitched in his course ended up a year later selling to Universal Studios with Tom Shadyac attached. It hasn’t been made. It’s still there. But it was this really cool experience that said we’re not just crazy people. It let us know there was real world application to his ways and his methods.

JC: Wow, right place at the right time. So what happened then?

BF: My position kind of shifted. His company was taking off, and I was bombarded with two to three years of generals (AKA “general meetings,” or get-to-know-ya meetings without any production company who liked the script) after my script sale. I was unable to continue being his story and development person. Blake at the time had started his first-ever Save the Cat! writer’s group and I was the young, little naïve invite. Other members were Dan Goldberg who produced all The Hangovers [and] who worked for Todd Phillips. He wrote Stripes. He wrote Meatballs. Another member was Jeremy Garelick, who wrote The Break-Up. He’s huge, and Dean DeBlois who is known for all the How to Train Your Dragon things. So Blake was like, “Oh my gosh, you should be a part of this writer’s group.” And that was just an unbelievable experience. I was, at twenty-five, or something, the young guy who’d just sit there and listen to these guys talk about story. It was unbelievable. Dean was in contract with How to Train Your Dragon at DreamWorks Animation and they were on a tight deadline and they needed notes. So they invited our writer’s group, the people I just talked about, to come see the film and for a day pitch ideas to the studio, to Dean and his co-director Chris Sanders.

JC: That’s pretty awesome. There was already a rough cut at this point?

BF: Yeah, and not all of the scenes were animated. It was like, “Why don’t we turn left,” and they were like, “We could,” or “We’d like to, but that would cost $3 million, because we have to reanimate it.” So it was a matter of kind of choosing the ideas that we had brought to the table and to see how they could, one: make them happen in the time crunch, and two: what were realistic financially and within the budget. To their credit, it was an amazing film.

JC: Along the way, Save the Cat! becomes this huge thing. 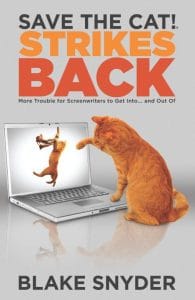 BF: My buddies who are producers will say, “We need a treatment and we need to get this done.” And writers will come back with a treatment that’s referencing the beats of Save the Cat! In the academia business, there is resistance, “Oh, my God this is paint-by-number,” and “This is too easy,” and “You’re going to make every story the same.” I wouldn’t continue using it in my work or my students’ work if I believed that was the case. I believe Blake developed a language and labels that were new to him, but the things he was talking about go back to Aristotle with a beginning, middle and end.

JC: It’s Poetics spit back out for our generation.

BF: Exactly. I have my students at Syracuse Newhouse read two books: Save the Cat! and Aristotle’s Poetics. I get forty-five students every semester at Syracuse, and they all hand in some short scripts and features. They’re all different and none of them feel formulaic, and I think that’s an important thing that a lot of critics of Save the Cat! immediately don’t understand.

JC: I always say it’s like jazz. You have to learn the rudiments before you can solo.

JC: So how did you wind up become a Save the Cat! “master cat”?

BF: After we had consulted on the film How to Train Your Dragon in 2009, a week after that, Blake suddenly passed away. It was this sudden and tragic thing, but it became our goal to carry on his legacy. At that time, I went back to UCLA and got my MFA. I kind of knew that I wanted to start teaching so I needed that degree, and I had a great experience there. I graduated 2012 from UCLA and wanted to teach so I started to reach out to schools back here on the east coast. I had spoken to BJ Markel, who is the now-owner and CEO of Save the Cat! I said, “Listen, let me open up a branch, a community, in New York City for Save the Cat!,” so that was part of the agreement in kind of moving back to the east coast to start these monthly or every other monthly workshops in New York City based on Blake Snyder’s teachings and his books and that kind of thing. I’ve since established myself at colleges and now at Syracuse University in the Newhouse Program. It’s a bit of a whirlwind, but it’s worked out. 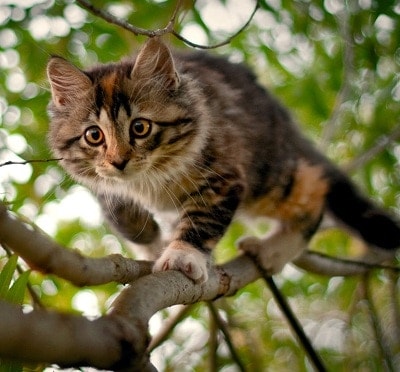 JC: So you do all the NYC Save the Cat! seminars?

BF: Exactly. It was such a fear of mine moving back. “Oh my gosh, are people not going to like films as much back here?” But it’s unbelievable. It’s been really cool. We kept getting responses from people saying, “Listen, I can’t jump on a plane and go to LA or New York for a workshop. What can I do?” And because of that we’ve created hours of lectures. So check it out on savethecat.com and you’ll see both in-person workshops in New York and LA, and then there will be other options to do the workshops online over the course of five weeks.

BF: I have a movie coming out through Warner Brothers International. It’s kind of bizarre, but it’s filmed in Portuguese and will come out in five hundred theaters in San Paolo, Brazil. It’s actually a relationship that I met through the Save the Cat! workshops in New York City. The director Rodrigo Bernardo came to my course and said, “Hey, do you want to start working together?” So we adapted this book from Penguin Press. It’s called The Discreet Pleasures of Rejection and we adapted it and made a movie out of it. It’s about a $3 million dollar budget. It was really cool. They filmed the third act at the Guggenheim in New York and on top of Rockefeller (Center). Cynthia Nixon is in a couple cameos. It was supposed to come out in the fall, but I think they’re pushing it to the spring in Brazil. Otherwise, I’m hoping that people can either come see us in person in New York or LA, or maybe check out the virtual version of that on the site. Hopefully it’s a benefit to writers out there.

JC: Ben, thanks so much for all you and your fellow cats do for writers!