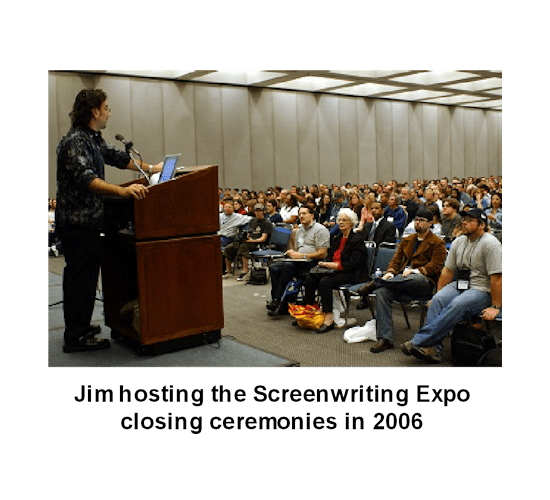 Coverage, Ink proved a roaring success, and within two years was hosting the annual CS Open live writing tournament at the Screenwriting Expo (which they did for seven straight years) as well as launching CI’s Writers on the Storm screenwriting competition, an annual contest with a $10K cash prize. The CS Open and Writers on the Storm helped launch many writers’ careers, including Bob DeRosa (“White Collar”) and Jeremy Shipp (“Dinotrux.”)

By 2010, Jim was writing regularly about the biz for both Script and Creative Screenwriting magazines. Coverage, Ink had grown from its humble beginnings into a team of 20 story development professionals. Jim also hosted agent/manager panels at Great American Pitchfest and Writers Boot Camp as well as the annual Agents/Managers Hot Sheet – Live! panel at Scriptfest. Coverage, Ink also provided judging services for other screenwriting contests as well as powering several other companies’ coverage services. 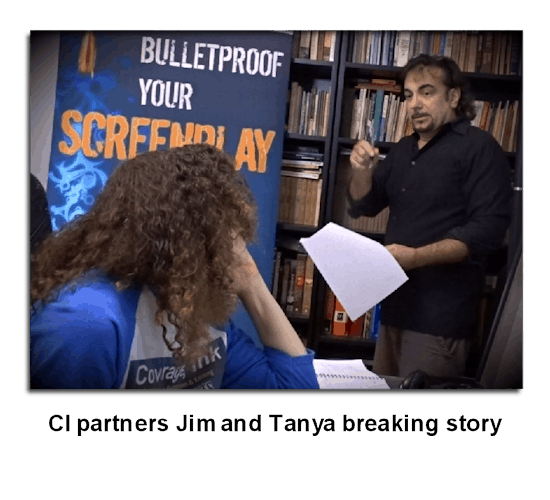 In 2015, CI retired Writers on the Storm and launched a new concept: Get Repped Now. Get Repped Now is not a contest, but rather, acts like a high-powered referral service. During the Get Repped Now promotion, (generally about a 8-week window annually) all screenplays and pilots submitted to Coverage, Ink for script coverage that score a consider or better for script are then sent to our manager panel along with their recommendations. Get Repped Now has gotten writers represented, introduced dozens of screenwriters to the town. They also got Brandon Barker’s “Nottingham and Hood” to manager Jake Wagner (then at Benderspink,) who sold it to Disney for six figures. In 2021, Get Repped Now boasts a panel of 10 top industry reps. 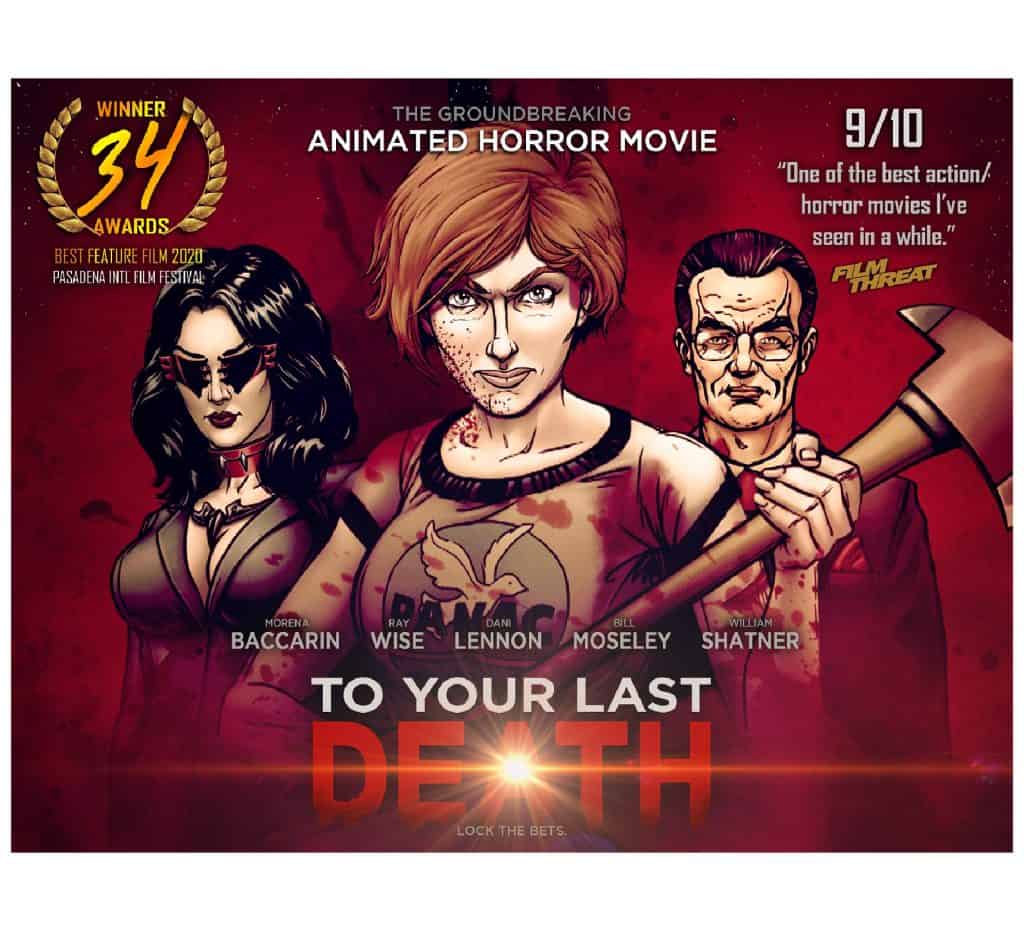 Hubbed in Los Angeles, CI now has over 30 readers and includes production companies, managers, entertainment attorneys, working screenwriters, and most of all, emerging screenwriters and TV writers, among its clients. CI has been instrumental in developing dozens of produced feature films and has helped tens of thousands of writers with empowering, constructive criticism. Jim Cirile continues to write about the industry for The Wrap and, of course, the Coverage Ink blog. Our CI Spec Format & Style Guide is the go-to formatting source for thousands of screenwriters and is used in university writing classes worldwide. 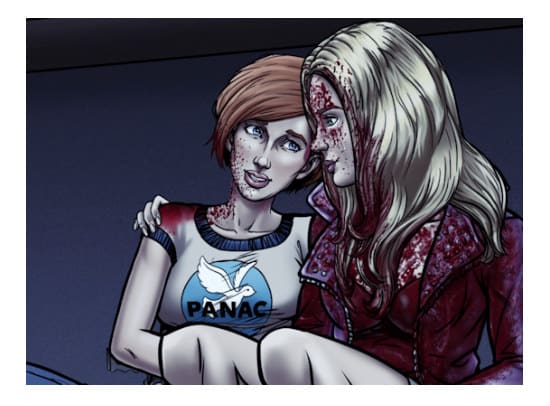 “Raises ‘everything and the kitchen sink’ to a cosmic level and revels in its ability to annihilate expectations.” — Rue Morgue

“A strikingly animated, carnage-filled romp all fueled by an incredibly game cast of voice actors that happens to look like a graphic novel come to life… you’re likely to have a very good time with this movie.” — Dread Central

TO YOUR LAST DEATH is available on Blu-Ray with 4+ hours of digital extras, as well as streaming on Prime, iTunes, Vudu and more.

Click HERE to learn more about To Your Last Death.

Coverage Ink Films has big plans for the future, with a whole slate of fiercely indie, elevated geek features in the offing if all goes well. We hope you join us! 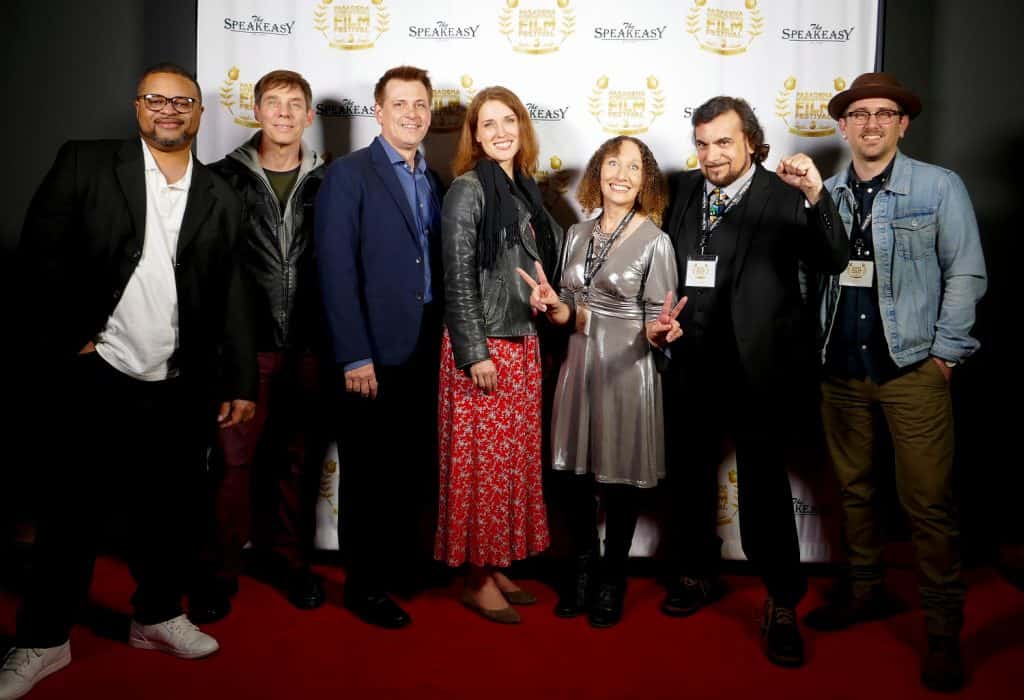 Thanks for reading. Please don’t hesitate to contact us with any questions. We look forward to checking out your material!