Well, here we go again. Another Get Repped Now is upon us, everyone vying for that coveted ‘consider’ which will then move their advance their screenplay or teleplay to our manager panel. So I thought I’d share some tips from the managers, as well as our own experience, as to how to rock it on the page, make it past our readers and hopefully get signed. Let’s boogie. 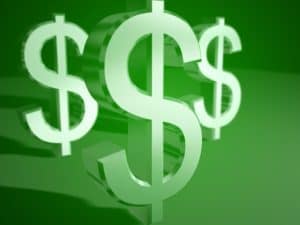 The reality (sad or otherwise) is that while managers tend to be cooler and more approachable than agents, they’re still looking for something they can sell. And writing talent is all well and good, but the fact is, breaking a new writer takes a lot of work. Generally speaking, they would rather find a good writer with a marketable movie or TV premise than a brilliant writer with a tough sell. A manager once told me about a client of his who wrote a wonderful period drama that took him a year and a half of heavy lifting to finally get set up, for a very small payday. He couldn’t not sign this writer, because the script was so amazing. But if he had to do it all over again, he told me he would have passed, and he no longer wants to read “tough sells,” because he knows if he finds a great one he’ll be compelled to go to battle for it. He just wants mainstream, commercial ideas now.

Here are a few tough sells:

…Unless your script is a clever reinvention of any of those things, of course, or just so staggeringly awesome that it demands attention regardless.

We read a lot of screenplays and pilots here at Coverage, Ink. A LOT. And one problem we see is that the writing is often flat and panache-free — “he walks, she sits,” etc. Isn’t the whole point of writing to show what you can do? To cleverly turn a phrase, to lead readers in one direction then fake ’em out, or to paint sharp, concise images with words? 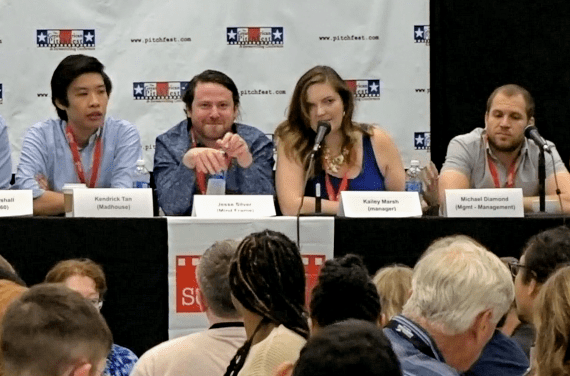 Agents, managers, and producers all have ADD. Your prose needs to be electric. Grab ’em by the throat! Think of any of your favorite novelists. Now recall the joy you get when you buy that person’s latest book. Why? Chances are it’s more about that writer’s voice — their style, their panache — than it is about story.

Take the time to craft your sentences in the same way a sculptor molds clay. Choose your words carefully for maximum impact. Be clever. Don’t settle. And above all, edit yourself ruthlessly. Brevity is the soul of wit. Some decent writer said that.

The first thing any reader — as well as agent, manager, etc., generally does is give the script a quick once-over. They look at the cover page — IS there a cover page?  Is everything in the right place? Is there contact info?  A negative opinion can be formed from the title page alone — typo? You are dead in the water. Doesn’t look right? Dead, dead, dead. You’re playing big league ball now, so nail this stuff. Presentation is all. 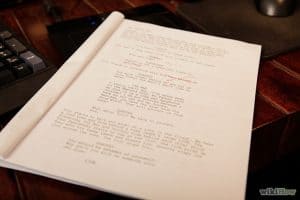 You can tell a LOT from the first page. Is the script overwritten? Big bricks of uninterrupted text say yes. Is the writer at pro level? If the font or spacing or formatting is off, the answer may be no.

If it’s a pilot, are there act breaks? Are they formatted correctly? Sure, many cable/streaming shows do not use act breaks, and TV specs don’t really need to anymore. However, the prevailing wisdom is to use them anyway for two reasons. Number one, it shows the biz you know how to use act breaks and to write for all forms of TV; plus it shows you can nail those “buttons,” or act-outs. And number two, it opens up more potential places to shop the pilot to. While you might think your show premium cable-only, a manager or agent might have other ideas.

Page count is another big one. While 124 pages might be a novella for Aaron Sorkin, for you and I, it’s too damn long.  The closer your feature screenplay is to that magic 100-page mark, the better the first impression will be. 90-100 for comedies, horror and animation.

As for 1-hour pilots,  if you’re pushing 70 pages your last name better be Zaillian. On the flip side, if the script is under 90 pages for a feature, the assumption is that the writer left out the requisite Act 1 character development (“Hero in His/Her Known World,” in mythological terms) and thus is likely not there yet.

None of this is to say your content may not be the shizz. It certainly hope it is, but we would all do well to remember that everyone is looking for a reason to stop reading (or to not read something in the first place.) Don’t give them one.

2) ACT ONE IS CRUCIAL 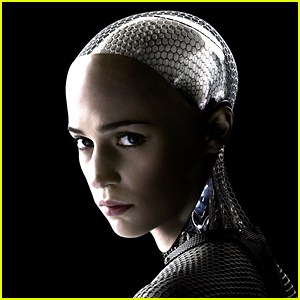 You’ve got 10-15 pages. That’s about how much many in the biz will read. They say they can judge if the writer has the goods in the first few pages, and generally, yup. They will never get to the rest of the script if you don’t blow their argyles off up front.

So revise act one over and over and over again. Then do it again! If that inciting incident has not hit by page 15, you are DOA. If you do not introduce the characters in their known world before the conflict hits — dead. (One notable exception here is EX MACHINA, which started out right away with the story, then revealed character and back story via clever flashbacks.) Tighten, tighten, tighten! Scrutinize every last word. Cut every ounce of fat.

Frankly, if it all falls apart in Act 3, so what? That’s a rewrite. You’ll still get in the door and get the meeting.

I asked manager extraordinaire Lee Stobby (one of our panelists,) who sold #1 Black List script BUBBLES to Netflix in one of the biggest deals of all time (worth a reported $20 million) what he was looking for. He said: “Bold biopics, outside the box/unique concepts. Genre doesn’t matter.”

This same sentiment was echoed by our manager panel at Scriptfest this summer. Out of the box is where it’s at. It’s all about standing out, cutting through the noise. Safe is no longer good enough. BUBBLES is the Michael Jackson story as seen through the eyes of his chimpanzee.

TV writers: want to know what the number one mistake we see is, BY FAR?

It is: writing an origin story as your pilot episode.

Pilots must demonstrate the series engine, or in other words, set up what a typical episode is going to look like, with all the key elements in place. A little bit of origin is fine, but all that stuff probably needs to be out of the way by the end of act one, and certainly no later than the midpoint. See, the problem is, if your pilot is all origin, and only at the very end of the episode are all the puzzle pieces in the right places for the series to commence — then we have no idea what the series is going to look like. You’ve just spent 60 pages giving us a template for… not your show. 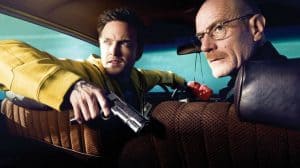 On the sitcom side, take a look at the pilot of IT’S ALWAYS SUNNY. The show launches right in with a typical episode. There’s no setup at all, really. We see the guys at their bar; there’s a dilemma, and as the episode plays out, we demonstrate the personalities of the leads. We know exactly what episode 100 is going to look like. No crystal ball needed. Do we NEED to see how they acquired the bar, how these disparate personalities came together? Nope.

On the 1-hr side, look at the brilliant BREAKING BAD pilot. This presents the perfect mix of origin story and typical episode. By giving us that great teaser that makes us wonder WTF?, Vince Gilligan buys enough goodwill to allow him the time to set up Walter White and his pathetic life over the next 15 minutes. Of course, by the time the episode is over, we have seen every major element that will come into play during the course of the series at work: Walt refuses to listen to reason and instead pushes some crazy criminal plan; he “works” poor Jesse Pinkman into going along with it; when everything inevitably goes south and turns violent, he uses science to find a solution; and finally, he lies to his family to protect his double life, then scrambles home to play the role of family man. Boom. The series engine is clear and in place.

The main piece of advice we give when it comes to pilots is thus: Write the pilot, then write episode two. Then throw away the pilot and use episode two as your pilot.

And yes, we know the entire first season of Netflix’s DAREDEVIL was origin story. True, and it rocked. But try selling that as a spec. Yeah, good luck.

I’d wish you all luck, but really, luck has nothing to do with it. It’s about elbow grease, perseverence, and the ability to be ego-free, so you can really get in there and revise the things that just aren’t working until they finally play nice. So I wish you all gumption!

5 thoughts on “Five Ways to Rock Our Manager Panel”