Now that we’ve done Get Repped Now a few times, we’ve gotten to know the managers’ tastes pretty well. They tend to be pretty direct about what they’re looking for. If you haven’t read our article 5 Ways to Rock Our Manager Panel, you should check it out. Here are a few other tidbits I wanted to pass along that could be helpful.

1) You Are the Commodity.

Bear in mind that while career development is certainly part of their job description, agents and managers are really salesmen to a large degree. Their ability to earn a living depends in no small part on having a product to sell. That product is YOU, and by extension, your material.

The reason I put “you” first however is that oftentimes we writers think about scripts as the commodity. But that’s only partly true. It’s not generally about a single script as a piece of business. No one wants just a script. It’s about many deals they can make with you over the course of a career. When a manager sends out a writing sample, it’s not really about trying to sell it. It’s about offering you up as a piece of talent for others to take note of and hopefully want to partner with on a writing assignment.

So while a crack spec will certainly get attention, even more important is how well you present.

Now in previous Get Repped Nows, we’ve had more than a few writers who got our managers’ attention with a solid spec — but they couldn’t close the deal. Why? In several cases it was because their follow-up ideas didn’t seem all that marketable. Remember: you WILL be asked, “What else have you got?” And in a few other cases, the managers lost interest because the potential clients failed to deliver new material in a timely manner, offering excuses instead. Sure, life intercedes, but know this well:

When it comes to what Hollywood is looking for in spec scripts, the advice used to be: “the same only different.” This often means a typical movie formula but with a slight tweak to give it a USP (unique selling proposition.) For example, a gung-ho action movie…. but with zombies! And hey, the advice is still basically solid.

But there’s been a sea change in recent years. Maybe it has to do with the fact that the spec market is really just a pale shadow of what it used to be two decades ago, when 80 slight variations of every successful action franchise got set up (“It’s ‘Die Hard’… but in a chicken coop!”) Maybe it’s just that everyone’s bored or has A.D.D., or simply that there is SO DAMN MUCH CONTENT out there now on the streaming services that it’s really hard for anything to seem original anymore.

What this all translates to is, the more out-of-the-box your movie or pilot is, the better. If your idea is out there or bizarre or even esoteric, you probably have a better shot of getting attention with it than you would if you have a story about a cop tracking down a serial killer or a vampire movie. Those things are as stale as the crumbs at the bottom of Methuselah’s toaster oven.

That said, you don’t want to be TOO out there. A movie about someone with a black hole in his leg (yes, this was an actual spec) will get attention. A movie about the black hole itself, searching for meaning in the universe by way of long, didactic space-time ruminations, maybe not.

Challenge yourself to reinvent the formula. Do the unexpected. It used to be that a well-executed “programmer” (a script that hits all the beats and is a solid example of a well-trodden genre but doesn’t bring much new to the equation) would be good enough for an agent or manager to shop. Not any more.

Agents and Managers work for you: true. They shop your material for you and offer sage career advice: also true. But how much work they do for you depends, in part, on how excited they are to work with you. If you simply give them a spec they can go sell, okay, that’s not bad. Hopefully they can make something happen with it. But they won’t be personally invested in the material.

They have no skin in the game.

The best way to get a manager excited to help you is to use them as a creative partner. And that means listening to what they have to say and incorporating their ideas or even writing them up on spec.

Here’s a common scenario. As mentioned above, after they read your writing sample — your Get Repped Now “consider,” in this case — the next question will almost certainly be, “What else have you got?” You will then send over a list of your completed specs and pilots. Maybe they’ll ask to read one or more of those. And they will also ask, “What are you working on now? What are you developing?” This is key. 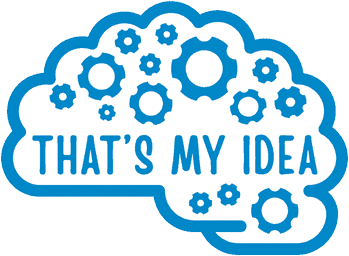 Now hopefully you will have several other ideas or concepts you can kick over to the manager. What happens now, hopefully, is the manager sparks to one or two of these ideas, and then offers some insight that might radically change the direction. For example, the manager might say, “Yeah, this diamond heist movie idea is cool, but I just sold something like that. But I know a producer who’s looking for a heist movie that he can shoot on some standing space station sets in New Zealand.”

The ball has been passed to you. What do you do?

I’ll tell you what you freaking do. You say, “AWESOME IDEA!” And you immediately write up a couple paragraphs on it and kick it back to the manager. Then the manager says, “Yeah, I like this, but let’s make the lead in his 50s, we have a client I can attach, and what if the diamonds are instead some sci-fi thing like microbes?” And you say…

You guessed it: “AWESOME IDEA!”

This is how the game is played. You are demonstrating to the manager (who will likely soon sign you, you savvy writer, you) that you have the goods to collaborate. That you are a story pro. That you listen.

But most importantly: you are getting your new rep invested in this story. It’s not just your script now. It’s both of yours. So when the rep starts making calls to shop the script down the line, he or she will say, “Yeah, it’s partly based on my idea.” I cannot tell you how crucial this is.