Skip to content
Coverage, InkSTORMBLOG
Latest News, Articles and Tips from Coverage, Ink.StormblogWelcome to WRITERCIZES – WINNERS ANNOUNCED – Thanks, everyone!

WRITERCIZES IS NOW CLOSED. CONGRATS TO OUR GRAND PRIZE WINNER: 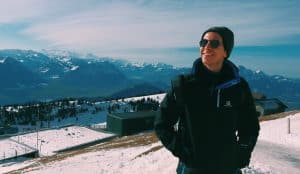 THANKS FOR PLAYING, EVERYONE!

Here we go again with another FREE 4-week screenwriting challenge!

Writercizes is a 4-week mini-tournament that operates in much the same way as the CI Pandemalogues Writing Tournament. Every Wednesday for four weeks we will announce a new writing challenge via e-mail and social media. You will then have until midnight the following Monday to submit your entry to us.

Did we mention that entry is FREE? Join us!

1. You write a single scene (or scene unit, or whatever the exercise calls for) based on the instructions below.

3. E-mail your submission to us in PDF format no later than midnight Pacific time Monday, June 15th (Week Four Deadline) at [email protected]. Put WRITERCIZES Week Four in the subject line, and don’t forget to include your name. Every submission receives a scoresheet and feedback.

4. We will announce the Week Four Winner on Wednesday June 17th.

5. Your submission will be reviewed and graded by a CI senior story analyst. The opinion of the CI analyst is final.

6. You may submit one entry per week (up to 4 total throughout the tournament.) You do not have to participate every week.

8. In addition to one weekly winner, we will also choose one Grand Prize Winner at the end of the 4 weeks. That winner will also be announced June 17th.

Each week, one winner will receive: 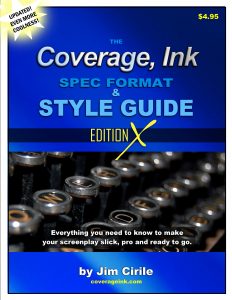 CI SPEC FORMAT & STYLE GUIDE – EDITION X (e-book.) Written by CI founder Jim Cirile, this 124-page PDF book is like defribrillator paddles straight to the heart of your writing. Find out how to write quicksilver scene description, make your voice shine, and tighten up your craft for maximum effectiveness. 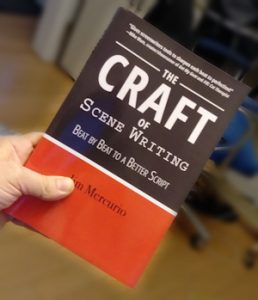 THE CRAFT OF SCENE WRITING (e-book). Jim Mercurio’s 344-page new book will shred, then rebuild, your notions of how to compose an effective scene. Mercurio is a gentle guide, walking you through topics like “Breaking Rules With Style” and “Delete Your Way to a Better Script,” illustrating with plentiful examples from movies and TV shows. It’s hard to imagine anyone coming away from this book and NOT being a better writer.

MINI-COVERAGE FOR ALL – Everyone who submits a scene will receive a feedback form with a grid, a paragraph of notes, and our grade: Pass/Consider with Reservations/Strong Consider/Recommend, for both script and writer. CI will announce each week’s winner in the subsequent week’s e-mail.

EACH WEEK’S WINNER will receive a free half-hour phone consultation with Jim, Tanya, or Anna, the CI management team.

THE GRAND PRIZE WINNER – At the end of the four weeks, CI will select one Grand Prize Winner. That person will receive a free CI Pro analysis ($295 value) on the screenplay or pilot of their choice.

Ready to go? Roll up your sleeves, crack your knuckles, and bring it.

Write a scene in which one character tells another that he or she is in love with him or her.

WITHOUT saying those words.

You may use any setting, era, other characters or props that you wish. No more than four pages, please.

Originality is one of the scoring categories, so consider this as well.

A simple yet punchy and moving scene about two people dividing up their belongings after a separation that actually made us mist up! Well-done, Tim!

Jasmine Gill – “One in a Million”

A touching scene between father and son boxers where we realize there’s more to dad’s tutelage than meets the eye.

This scene wonderfully uses gardening as a metaphor for the protagonist being trapped in a bad relationship while in love with someone else.

Using THREE MAIN CHARACTERS and NO MORE THAN TEN WORDS OF DIALOGUE, write a scene in which your protagonist and his or her associates are trapped behind enemy lines. They must escape their situation, but the slightest noise may expose them. The wrinkle: your protagonist has figured out that one of the three is a spy or traitor.

You may stage this scene in any setting or era you like. Your characters do not need to be human. You can add anything else you wish to these guidelines as long as you nail the prompt. Remember: the goal of this scene is VISUAL WRITING. Body language is your friend.

Go-getter Halfeld used zero dialogue in this effective and visual scene showing a 13-year-old boy coping with a suburban apocalypse.

A gritty and punchy scene staged in war-torn Aleppo, Syria.

Kari Wolf – “Behind the Veil.”

You’ll all remember Kari was the co-Grand Prize Winner of last month’s Pandemalogues. She consistently writes strong sci-fi scenes. Yep, this week, too.

Way to go, you guys!

“Depending on how the narrative of your screenplay unfolds, it can either draw the reader into your story or alienate them.”

Below you will find a crap-ton of ugly, dense, unformatted text. Your job: put it into a screenplay scene and make it ROCK.

You may add dialogue, change details, restage, transform and edit as necessary. But you must stick to the general shape of the scene as presented. You can write it as whatever style you like — comedy, action, thriller, horror, drama, etc.

Remember what we’ve learned about visual writing and apply it here as well. Think punchy and tight. Think VOICE. Think ACTIVE VERB FORMS (he RUNS, not “he is running.”) White space on the page is your goal, and

JILL (18) leaves her house. She’s dressed up to go to prom. JACK (18) waits for her. He leans against his car. He opens the car door for her. She pecks him on the cheek. She gets in. He gets in on the driver’s side. He smiles at her. Then there’s a loud noise on the roof of the car. They are startled. Jill looks out of her window and sees BOB (18). She screams. Bob is her ex-boyfriend, and she ditched him right before prom — and he has a baseball bat. Jack starts the car and presses the gas. They drive away. Bob runs to his car and gets in. He starts his car and follows them. Jack sees Bob’s car in the rear-view mirror. He drives faster. But Bob still follows. There’s a red light. But Jack and Jill are scared so they drive through it. Luckily, they’re not hit by the car that has the green light. Bob’s headlights are getting closer. Jill cries because she’s even more scared now. Jack doesn’t know what to do. His car won’t go any faster. He punches the steering wheel. Bob’s headlights are almost on top of them now. There is a deer in Jack’s headlights. He makes his choice – hit the deer or go off the road. He can’t stop the car in time. The car goes over a cliff. It ends up deep down in a canyon and explodes. Jack and Jill are dead. Bob stops his car and gets out. He peeks over the cliff and sees the flames and has some sort of reaction.

Alberto Halfeld – “They’re All Gonna Laugh at You.” Winner for the second straight week, Alberto’s Jack and Jill are attending circus school. Funny, absurd, over the top — and the narrative chops were on point.

John Hooper – Jack + Jill 4Eva.” A brilliantly clever twist on the premise puts Jack and Jill into a multiverse time loop. It all works fantastically well.

Lucky you! You’ve just scored a rewrite gig for Hackadelic Pictures. Your assignment: rewrite the studio’s next go movie, a millennial romantic drama. The pay is amazing, the responsibility vast! All eyes are on you!

Ay, but here’s the rub. The script was written by the studio head’s chihuahua’s tennis coach, and it is truly execrable. You have only a few days, and somehow you have to turn this shit into Shinola.

While not actually changing anything.

Because this was the idiot studio head’s idea.

Do you have what it takes to stick the landing?

Below you will find a link to a “romantic” scene. This scene is not, shall we say, good. Your job is to make it so — while not vastly changing the major details. You can cut and rewrite dialogue; you can restage the scene to another location or even break it up into smaller scenes. But you must keep the basic core of the characters and the action of the scene recognizable.

Remember to save your submission as a PDF as e-mail it to [email protected] and put WRITERCIZES WEEK FOUR in the subject line. Please include your name.

1 thought on “Welcome to WRITERCIZES – WINNERS ANNOUNCED – Thanks, everyone!”