Skip to content
Coverage, InkSTORMBLOG
Latest News, Articles and Tips from Coverage, Ink.StormblogSo We Made (Another) Cartoon

As many of you know, last year we released our first feature film called TO YOUR LAST DEATH (and you can watch it right now on Prime, Vudu, iTunes and Tubi.) A bloody, twisted, animated horror film in the style of Archer and Metalocalypse, TYLD went on to win 35 awards, making it the #2 most award-winning horror movie of 2020.

Because we didn’t have enough money to actually hire an animation studio, we were forced to build our own. So for five years, we wrangled talent from around the world (18 different countries,) in order to get the film done on what could only charitably be called a “budget.”

And at the end of it, we were left with our own animation studio. Hmm. What to do with it? Well, make animation, for one thing. And so since then we have done five 1-minute animated commercials — including this newest one for ourselves!

Hat’s off to our incredible designer/key animator Mohammad Ali Sharifpour, and our crazy-talented composer and sound designer Ali Atashafrooz. We’re pretty sure this is the first (and only) animated spot ever made for a screenplay analysis and development service. We had a ton of fun making it, and we hope ya dig it. If you do, please let us know – and please share!

(Oh, yes, and of course we’re planning another animated movie with the same team, because duh.) 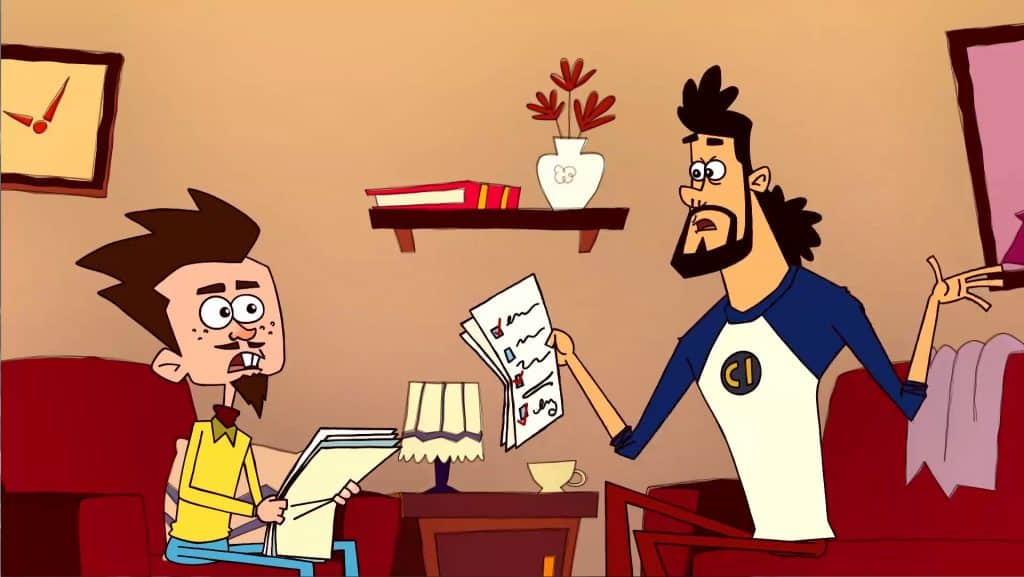