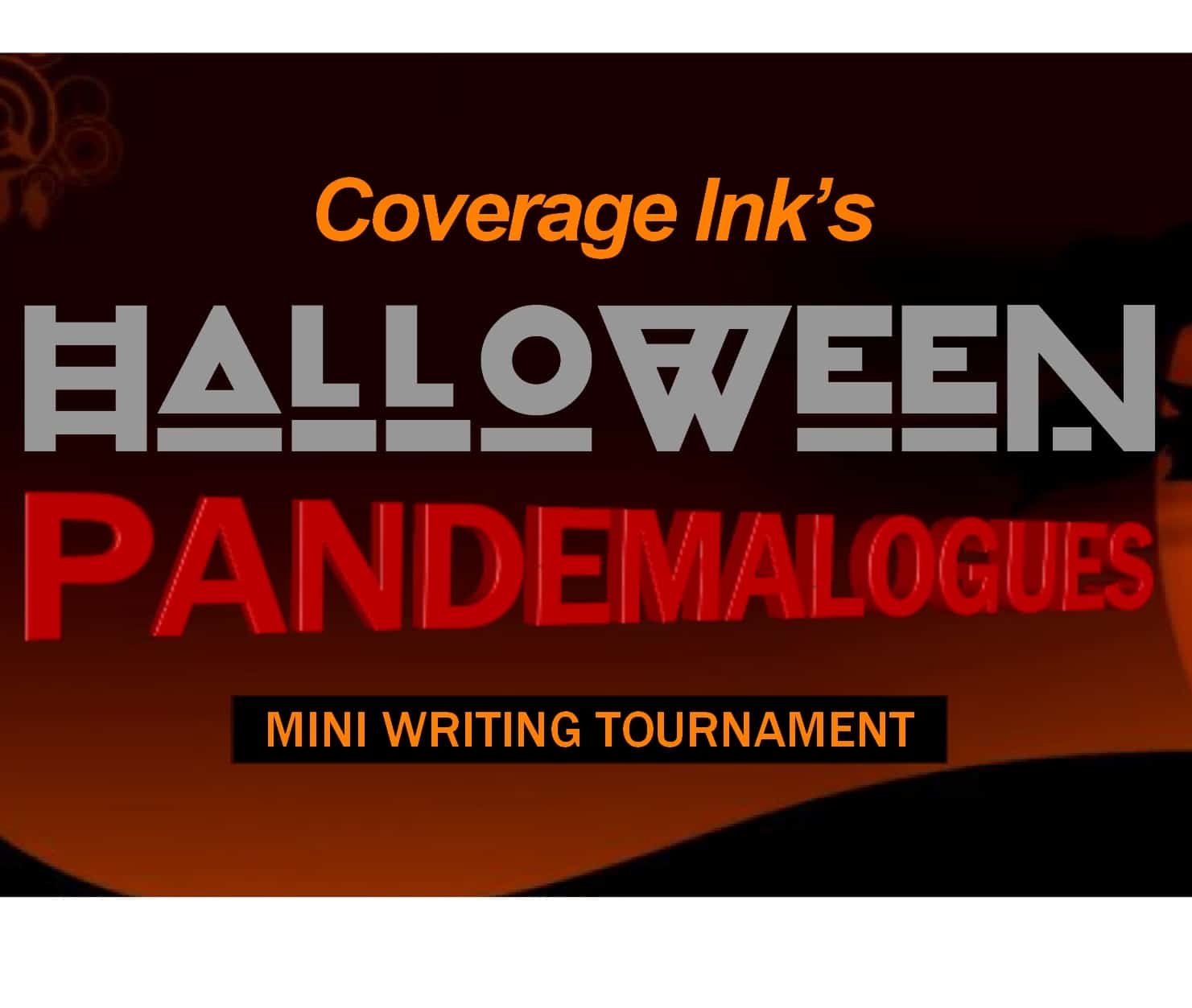 Folks who’ve participated in our free Pandemalogues Writing Tournaments this year know the name Scotty Cornfield. Mr. Cornfield is a former homicide detective (for real) and has won and placed in these competitions more than a few times. Mr. Cornfield always delivers on the subtext in particular — he’s a master at writing on two levels; what is being said, and what is going on under the surface. An essential skill the have as a screenwriter. This time out he’s won a CI Standard Screenplay Analysis  ($139 value.) And you can read his winning scene “Quid Pro… Whoa!” below.

Thanks to Mr. Cornfield for permission to post it!

MAX (50s and loving life), leans over his kitchen table.
Buries a carving knife deep into the pumpkin.

His grandson BRADLEY (12) and granddaughter SLOAN (11) sit
across from him. Stop carving their pumpkins.

BRADLEY
C’mon. You know which story.

Max settles into his chair.

MAX
OK. If you really want to hear it
again this year…

RICHARD “DICK” KILMER (40s), arms crossed, stands in his
front yard. Aims his permanent scowl at his next door
NEIGHBOR as she tenderly plants flowers along the sidewalk.

She turns and spots him. Waves enthusiastically and heads
into her garage. Dick grunts. Hops into the tow truck in his
driveway and fires up the engine.

As he exits, he drives over her new plants, hops the curb and
catches her shocked look in his rear-view mirror.

MAX (V.O.)
He lived across the street and his
name was Richard, but we all called
him “Dick” because he was a…

MAX (V.O.)
The thing about Dick is that he
seemed to hate everyone.

— Front yard. Dick adjusts a NO TRESPASSING sign on his
picket fence when a soccer ball flies into his yard.
Dick picks it up as a KID runs toward him. Arms outstretched.
Dick smiles. Throws the ball over the kid’s head and into
a passing garbage truck.

— Dick’s front door. He uses his foot to push a GIRL SCOUT’S
wagon full of cookies off his porch as he slams the door.

— Dick’s curb. He places a wood plank under the tire of a
car parked in front. Several nails point right at the tire.

Max’s Harley Fat Boy sputters as he cranks the throttle.

DICK
I can do a lot better, but I need
the parts; so I’ll make you a deal.

MAX (V.O.)
He always made fun of my bike but
for some reason, he wanted it bad.

MAX
It’s not for sale.

Dick steps in close to Max.
DICK
You’re gonna give it to me. If you
don’t, I turn in your wife to
Immigration.

SLOAN
Why was he gonna turn in Grandma?

BRADLEY
‘Cause she’s from Canada.

MAX
I was mad, but I didn’t tell
Grandma. Instead, that night I —

BRADLEY
— messed up his Halloween stuff.

MAX
Right. I put funny signs on his
scary clown and grim reaper.

He fills water balloons with gas.

MAX (V.O.)
I loaded my motorcycle with eggs…

He places the gas balloons into the saddle bags.

Max jumps onto his Fat Boy. Starts it up and revs the engine.
Three burly BIKERS race out of the house. Max peels out.

MAX (V.O.)
The next day, I gave Dick my
beloved Fat Boy. I almost cried.

MAX (V.O.)
It didn’t take long for them to
find Dick. They egged his house
nonstop. They really got it good.

MAX (V.O.)
They even egged his business. It
got so bad that Dick moved out one
night and was never seen again.

Several Harleys stop and shoot up the business.

A group of BIKERS finish burying something. One of them hops
on what used to be Max’s Fat Boy. They ride off.

SLOAN
Even though you lost your Fat Boy,
you did the right thing, Gramps.

BRADLEY
Just like you taught us, when they
go low — 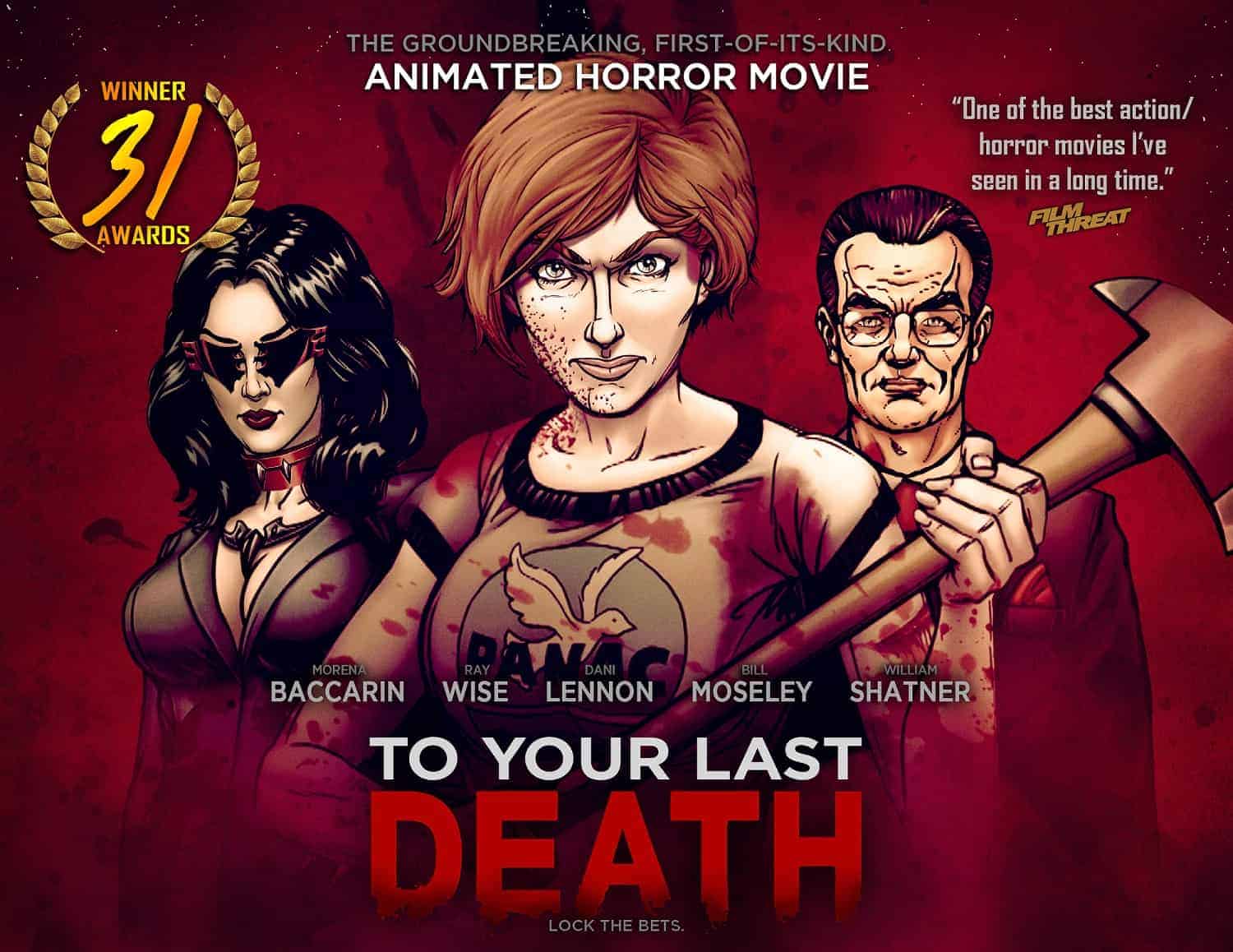